What is a Cafe Racer?

Back in the Fifties, a young generation mainly from North London sought the thrills of speed by riding motorcycles, racing each other up and down the North Circular, between the Ace and Busy Bee Cafes.

Their bikes were stripped of surplus weight and home tuned for more speed, emulating the era’s Continental and British Short Circuit racers. The ultimate goal was to reach and surpass the Ton, 100 miles per hour, not an easy feat in those days for most road bikes.

The Cafe Racer is a fast, raw, loud motorcycle, as individual as its creator. Each is fabricated and assembled by its rider, imprinted with his own vision of speed, skill, talent, sweat, tears and blood.

The Cafe Racer is pure in its form; it is beautiful in its function. It captures an era of rebellion and youth. It is as immortal as Rock n' Roll.

The Cafe Racer transcends time and space. It is part of our collective memory, a symbol of freedom.

We will be publishing shortly a Quick Guide about building a Cafe Racer, please do keep an eye. 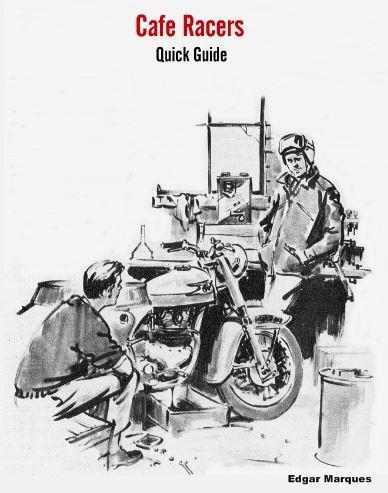